‘Ignoring Gravity‘ is a debut book by Sandra Danby published by Beulah Press.

‘Ignoring Gravity’ follows the story of Rose who is confident about her identity. She pulls the same face as her grandfather when she has to do something she doesn’t want to do, she knows her DNA is the same as his. Except it isn’t: because Rose is adopted and doesn’t know it.

‘Ignoring Gravity’ connects two pairs of sisters separated by a generation of secrets. Finding her mother’s lost diaries, Rose begins to understand why she has always seemed the outsider in her family, why she feels so different from her sister Lily. Then just when she thinks there can’t be any more secrets…

I absolutely loved this book. I am usually very wary about reading books by new authors, especially ones which I haven’t read any reviews on previously, however I was pleasantly surprised with Sandra’s book.

From the very first page I was hooked. It started off exactly how you would expect it to – calm and simple – however, as the story unfolds we are introduced to a series of constant enigma’s.

We mainly follow the journey of Rose and Lily, and whilst we are searching for their unanswered questions to be resolved, we also learn a lot about their current life relationships with both people and work.

I disliked Lily’s husband from the very beginning and my hatred for him became more and more prominent as the book went on. Nick however, was a darling who I really loved – he was handsome, patient, loving and understanding. What more could you want in a man? END_OF_DOCUMENT_TOKEN_TO_BE_REPLACED 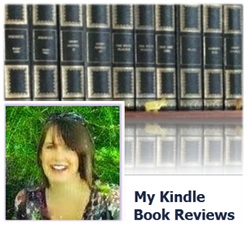